2021 Ban on Fireworks in Arlington

This is the first year City of Arlington residents will not be allowed to use consumer fireworks on July Fourth. Last May, City Council revised the Arlington Municipal Code to ban consumer fireworks.   Previously, the City Council sought public input with an advisory vote on the November 5, 2019 ballot. The measure slightly passed with 50.7 percent supporting a ban on fireworks.

The fireworks ban prohibits the use, discharge, sale or trade of any fireworks within city limits. People who violate the ban will face a $103 fine. Fireworks may also be confiscated by the Arlington Police, who will be conducting extras patrols on and around July 4.  This ban does not include the City permitted public display.

City residents can report fireworks using the non-emergency phone line at 425-407-3999.  Please avoid calling 911 unless there is an emergency.

The ban on fireworks is not a new topic for Arlington and the community. Fireworks are banned in more than half the cities in Snohomish County.

Residents are clearly on both sides of the issue.  However, safety is the ultimate reason City Council adopted the ban.

Fireworks are unpredictable and can explode unexpectedly and go in the wrong direction. They can cause serious injuries to hands and eyes and burns.   The sound of fireworks and the loud booms can be traumatic for many people and animals. Fireworks cause significant property loss and damage, including house fires and brush fires. More fires are reported on July Fourth than any day of the year.  The State Fire Marshal reported 360 fireworks related fires and 237 fireworks related injuries in 2020.

Arlington is aware that the ban is a big change for citizens.  Other cities have shown that it creates a challenge to police to staff and enforce the firework ban, when already contending with staffing community events on July Fourth.  We are encouraging citizens to use the non-emergency line to report violations, and be patient as Arlington Police are dispatched to respond. 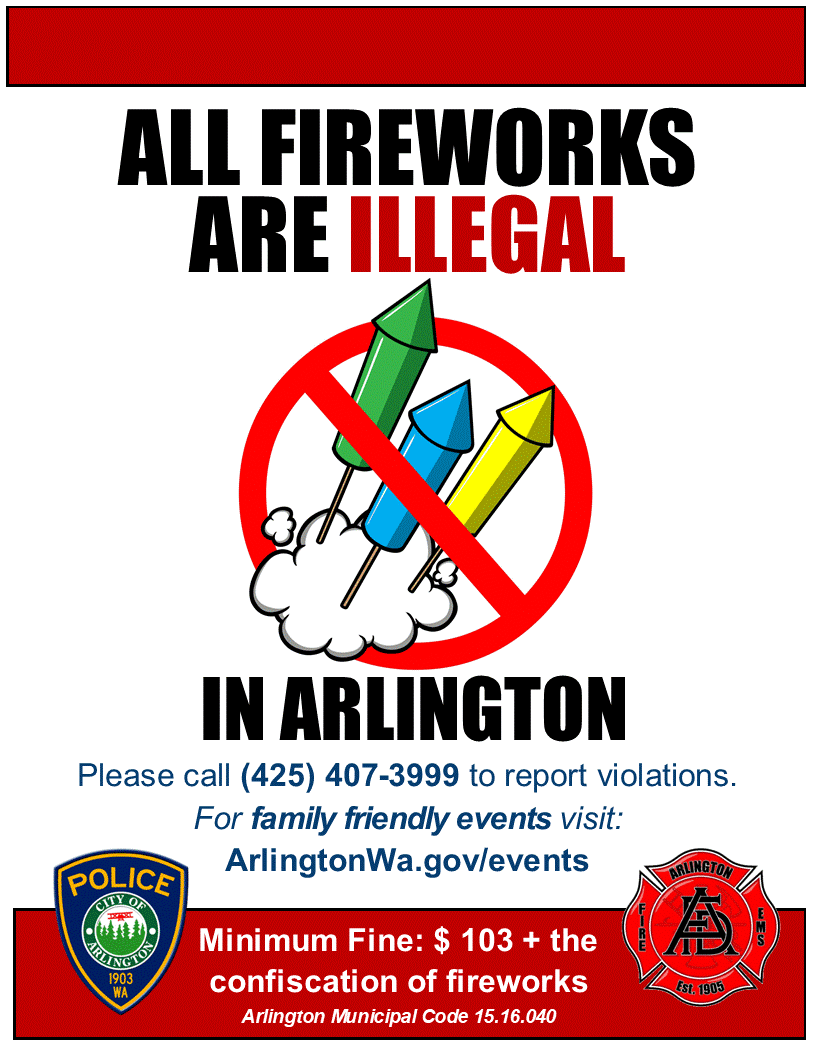 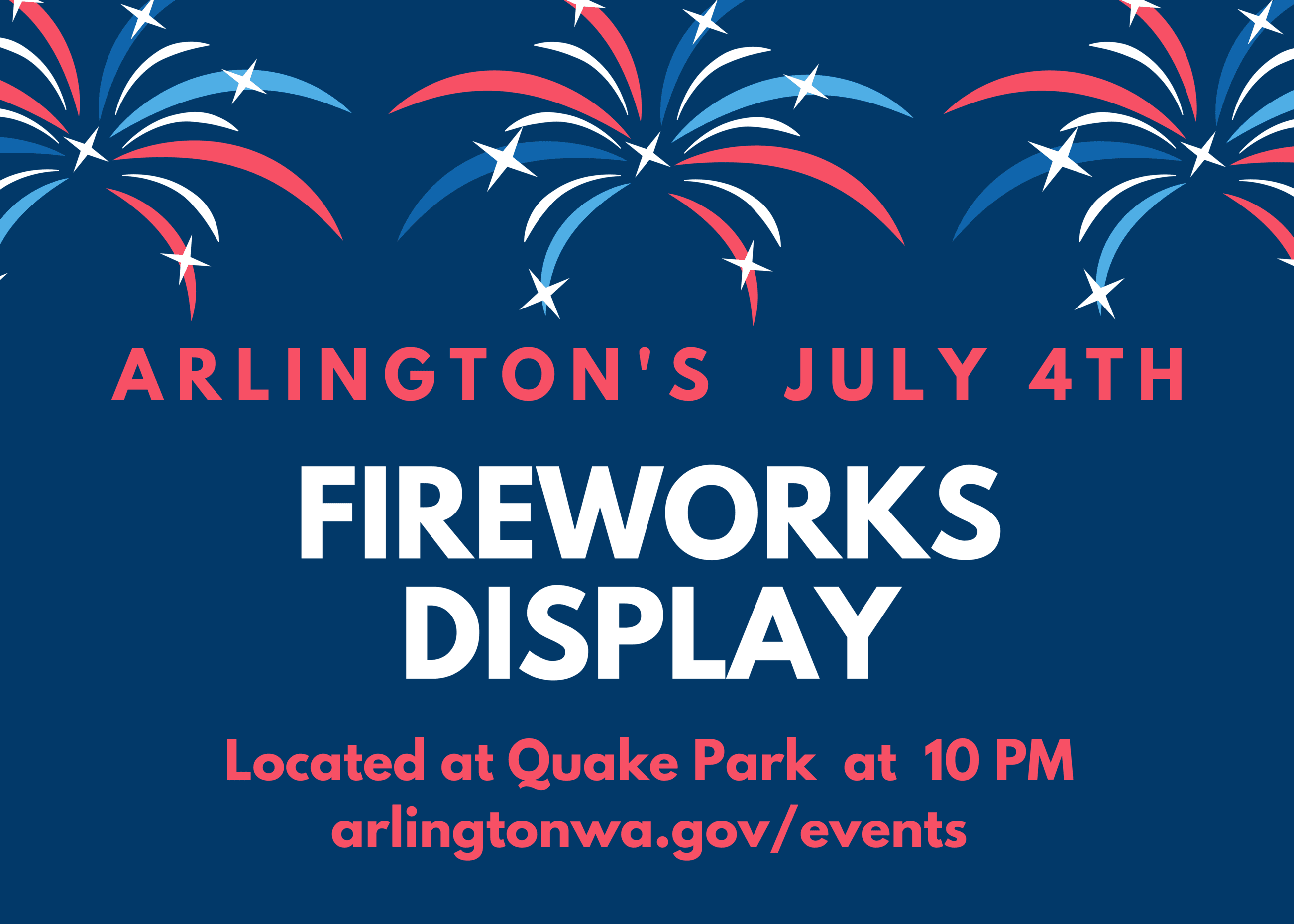