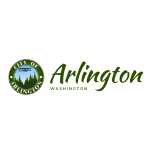 Incorporated in 1903, the City of Arlington is located in northern Snohomish County approximately 10 miles north of Everett and 40 miles north of Seattle. The City of Arlington is situated at the forks of the Stillaguamish River. Coast Salish people from prehistoric times, primarily of the Stillaguamish Tribe, stopped to camp at the forks as they passed up and down the river following the abundant fish runs and otherwise using the river as a primary travel corridor. The Stillaguamish called the place Skabalko.

Exploration of the future Arlington area by settlers of European descent began around 1851 with a prospector visit followed in 1856 by a U.S. Army trail from present day Snohomish crossing the river just below the forks. A rough wagon road closely following the old trail brought pioneers coming from the Marysville area in the mid-1880s; others came by canoe. A store was opened at the forks in the spring of 1887 by Nels K. Tvete and Nils C. Johnson. The White House Hotel owned by loggers Lee Rogers and Al Dinsmore opened about four months later. 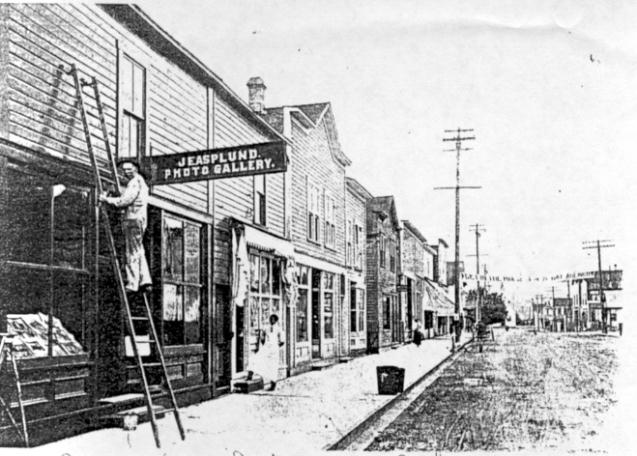 Rivalry between the two towns continued for a several years, with Arlington apparently having a distinct advantage with respect to the location of a critical railroad depot. Haller City’s location along the river bank was not as suitable for a depot, so it was built on higher ground farther from the river, in Arlington. By year’s end, Arlington also had an express office, a warehouse, telegraph, and a post office while Haller City had a blacksmith, hay dealers, shoemakers, stage line, meat market, livery, hotel, and vet surgeon. By 1895, however, a number of businessmen in Haller City conceded that it would be better to be up in Arlington. Leading were Tvete and Johnson who moved their original general store by ox team up to a lot on 4th Street in Arlington, and others followed. Eventually, all that was left in Haller City were the shingles mills and housing.

The two towns were incorporated into one in May 1903 (taking the name of Arlington), with Division Street serving as a reminder that there were once two towns.

The community of Smokey Point itself got its name back in the 1950s from a restaurant named the Smokey Point Café. Located on the northwest corner of 172nd Street NE and Smokey Point Boulevard/SR 531, the café generated a plume of smoke, hence the name Smokey Point. Smokey Point was annexed into the City of Arlington on October 1, 1999.