Tour of the Stillaguamish Valley - east to west

Stronger Together, Connecting Communities - A tour of the Stillaguamish Valley
from  Darrington to Arlington (east to west)

Introduction: The Connection of the Stillaguamish Valley

The Whitehorse Trail between Arlington and Darrington follows the abandoned rail line that once carried the industry of mills and mines. The 27 mile trail parallels the Stillaguamish River and includes the ancestral lands of the Stillaguamish Tribe of Indians.  The trail connects Arlington to Darrington, at the doorstep of the Mount Baker-Snoqualmie National Forest and the confluence of the Sauk and Suiattle Rivers.

Rolling farmland and jagged, snowcapped peaks dominate the Stillaguamish Valley landscape. Along the route of the Whitehorse Trail, signs of the past remain in the rotting timbers that mark the abandoned mining tunnels, in the concrete walls of a lumber mill. Along this trail corridor, the people of the past, their culture and their dreams, co-mingle with their descendants who still make their homes and livelihoods along this historic route. 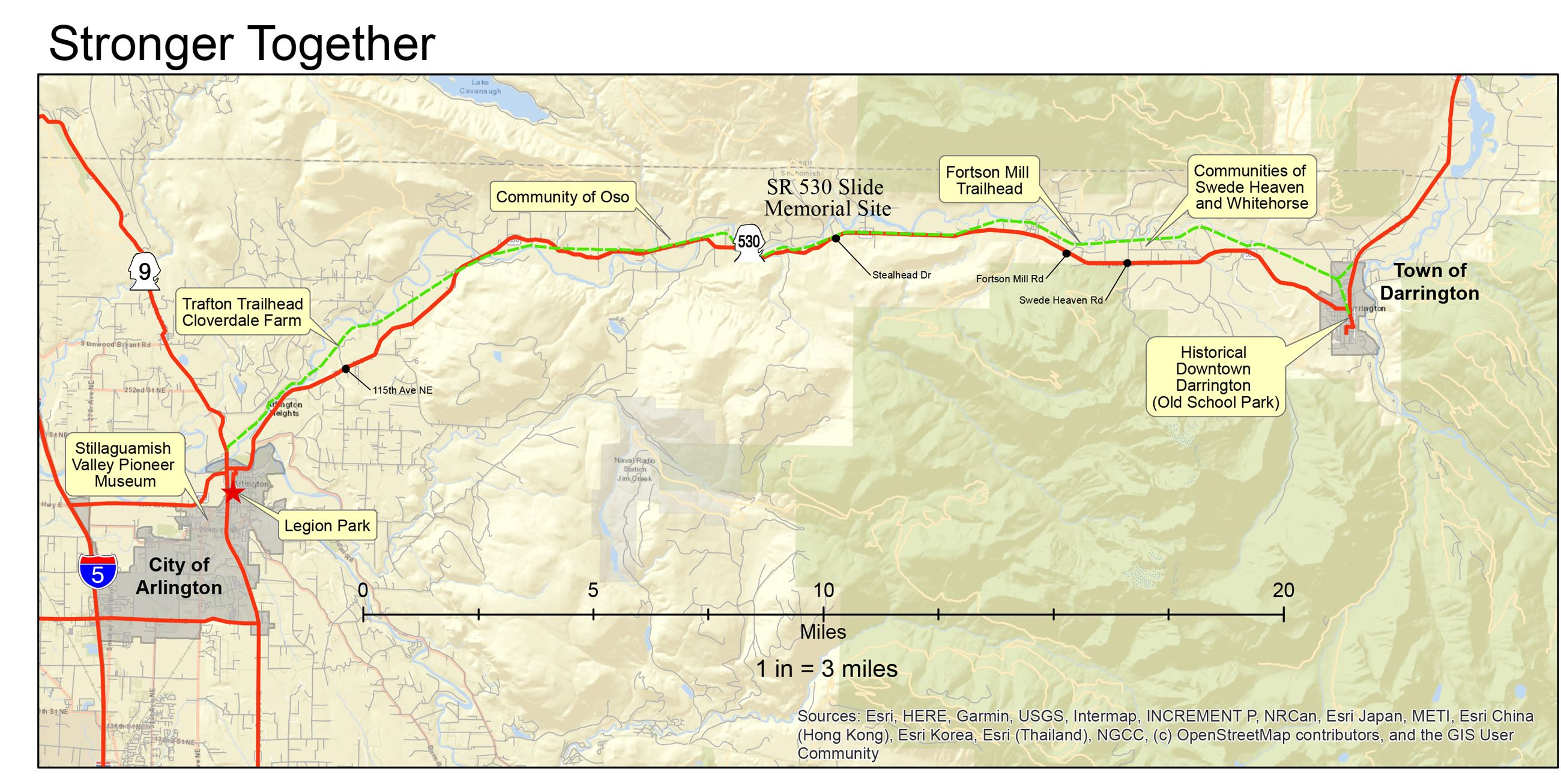 Those of you who have traveled the Arlington-Darrington road, and in clear weather have looked up at the long ridge of Mt. Higgins, have surely seen the long parallel gashes running slantwise from the top of the ridge down to the rockslides. They are best seen from near Fortson. You may have wondered how it happened. Well here is how: So-bahli-ahli (White Horse Mt.) was once a women. She had come from east of the mountains. Near where she settled lived a man, Qua-hae-eths. She liked him. very much, and he became her man, and they lived happily together, but this was not to last. Up from the whulg (Sound) carne another woman, Ska-dulvas (Mt. Higgins) a young maiden of many charms.

She looked at Quay-hae-eths, envied So-bahli-ahli and decided to steal him. She dressed herself in beautiful colors, mostly red; smiled at and talked nice to the man. He made a move toward her! she suddenly grabbed him, and placed him behind her. Then a battle began. The noise was terrific; hair flew all over the sky; rocks whizzed through the air, hit their mark, rolled down and made big rock piles down below. The battle ended in victory for Ska-duloas, but she was disfigured for life by So-bahli-ahli who reached over and with her fingernails scratched those deep gashes across the face of her enemy. The man did not interfere the least in the battle. He just stood still and looked on. He stands there yet, the highest bald nob on the north east of Mt. Higgins.
http://www.indianmythology.org/stillaguamish/more_stories.htm

In Darrington, the rivers come together just like the people who are drawn to the mountainside. Darrington is the gathering place where locals and visitors gather after exploring the Mount Baker-Snoqualmie National Forest, the Sauk-Suiattle Rivers and the Mountain Loop Highway. Darrington is home to a rodeo, bluegrass, country music, and techno rock festivals, an archery competition and a Native American Powwow.

Built initially on logging and mining, the Swedes, Irish Catholics, and tar heels all settled here next to the Sauk-Suiattle Tribe of Indians. When you come for the multi-day Sauk-Suiattle Powwow and celebration in the summer, the heirloom tar heel beans will be growing high on bean poles. Stay awhile and soak up the character of the place and discover the people. Darrington is as welcoming a town as you will ever know.

Find the Swede Heaven and Whitehorse communities near the rushing Stillaguamish River and under Whitehorse Mountain. Clear nights offer incredible starry views, and sunny days bring the mountain’s glaciers into full view. Swede Heaven is named for the Swedes who settled there and thought of the place as heavenly. Historically, Irish Catholics lived at Whitehorse, and the Protestant Swedes came to live at Swede Heaven, sometimes known as Sweet Haven. Here you can still see chimneys of the Irving schoolhouse and timbers from the area’s steam-driven mill. Irving School was opened in 1916, and when the Whitehorse school was built in 1923, the Irving students and their school bell moved to the new school house. In later years, the Irving school building was salvaged to build a home in nearby Arlington, and what remained burned down. The chimneys can be seen from the Whitehorse Trail.

Wetlands and a mill pond are a quiet haven for birds. The quiet belies the bustling mill town that once supported the lives of 300 people. Sword ferns drape off the thick moss that covers the concrete walls standing alone and telling a story of the past, much the way a gravestone juts into the air with history written in brevity across its face.

Founded in 1905, the McCaughey Lumber Company established a mill on the banks of the North Fork of the Stillaguamish River.   Local creeks were diverted into a mill pond where the footprints of the debarker can still be seen. The mill expanded over the years and changed hands to become the Fortson Lumber Company, and later the Klement and Kennedy Company Mill. The remains of the old mill building and associated foundations can still be found on the site, and during certain times of the year Coho and steelhead swim the creeks and ponds. Visitors have a chance to see an old town transformed back to nature thanks to restoration projects by Washington Department of Fish and Wildlife and the Stillaguamish Tribe. An official wildlife viewing area has been established adjacent to the large pond where ospreys, eagles, heron and various other songbirds and waterfowl stop to enjoy the open water and marshy habitat.

A devastating and fatal mudslide engulfed the Steelhead Drive neighborhood of Hazel on March 22, 2014, taking the lives of 43 beloved community members. It took only two and a half minutes for the hill to deliver roughly ten million cubic yards of earth and trees from the 650-foot high ledge above the north bank of the Stillaguamish River. Crossing river and highway, the fast-moving slurry destroyed homes and lives.

Both SR 530 and the Whitehorse Regional Trail were rebuilt through the area with Federal Emergency Management Agency and State funding sources. Snohomish County Parks and Recreation is working with victims’ families and survivors to construct a memorial through this mile of trail. Visitors, please respect the area with reverence. Dismount bikes and horses, and walk quietly through the area to remember those who were lost.

Behind the Oso story is the pioneer strength of people like Betty Tungate, whose great-grandparents travelled up the river with all their belongings in a shovel nose canoe. The Sauk-Suiattle Tribe of Indians provided transportation along the Stillaguamish River, the only open route other than a rough trail. The railroad came later, creating new opportunities for homesteaders and lumbermen. The river later brought thrills to fly-fishermen who discovered the legendary steelhead of Deer Creek. Today you can find  small businesses in Oso, including a live-edge slab lumber mill and Fruitful Farm and Nursery with seasonal produce.

Oso School and Community Center
Oso school district formed in 1888, when locals built a log cabin schoolhouse and then a wood framed structure before completing the building that stands today as the historic Oso schoolhouse. Built in 1915 it served until it closed around 1970. The building stands as a testament to the pioneer community who settled the area. Wanting to reclaim the building for community events, neighbors rallied around the schoolhouse as a place to “celebrate family milestones, share dinners, mourn the loss of neighbors, have meetings, host fundraising bazaars and work together on projects that help each other.” The community center continues to serve as envisioned, hosting memorial gatherings for neighbors lost, and for birthday picnics and family gatherings.

The Whitehorse trailhead can be accessed from 115th Avenue NE off of SR 530, and a short walk past the barns down to the trail. Head toward the antique farm equipment on display and you have found the trailhead.

The Cloverdale dairy farm was built in 1914.   The Homestead Act, along with the rich reserves of timber and ore in the Cascades, spurred the arrival of settlers and eventually the railroad to serve new communities. Most homesteads along the trail are long gone, but Cloverdale’s historic barn still stands. The path drops down to the riverfront farmland, once supporting the dairy operation and then a golf course before Snohomish County purchased it for public access and restoration.

Legion Park, Downtown Arlington
114 N Olympic Avenue, Arlington
On May 15 & 16, the park will host Stronger Together activities, a world map to place your points of heritage, the People of Our Communities portrait display, and an interactive blanket weaving activity.
The Arlington Farmers Market is in the park on Saturdays. This central park is a gathering place for community and downtown events.

Outside, you will find the Stillaguamish Watershed model, a hand-carved cedar relief map, showing how the area was in 190, when Arlington was the world’s capital for cedar-shake mills. The map includes pioneer communities, mines, logging operations, the Stillaguamish tribal encampments, sits of old roads, schools, and cemeteries. 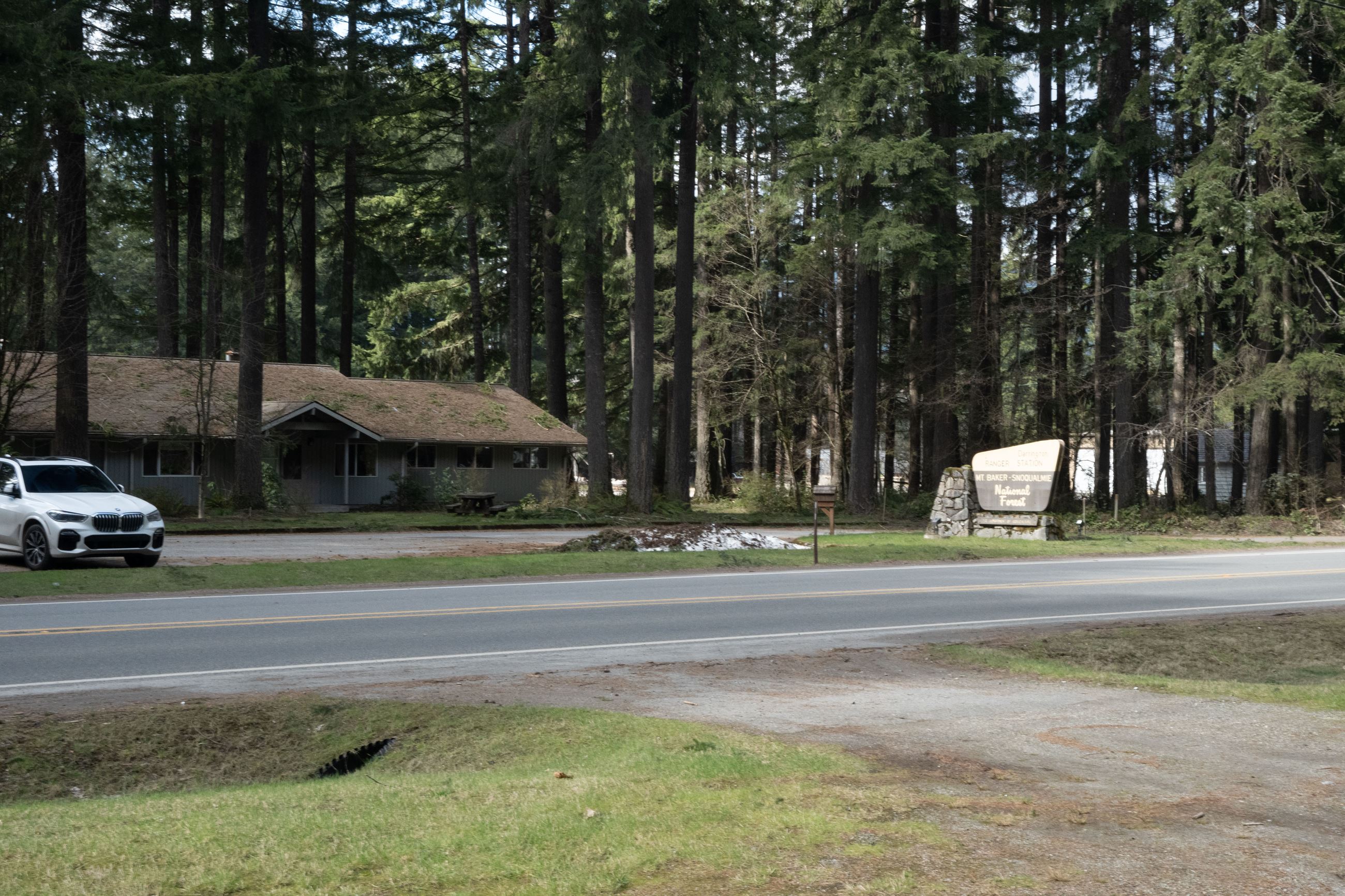 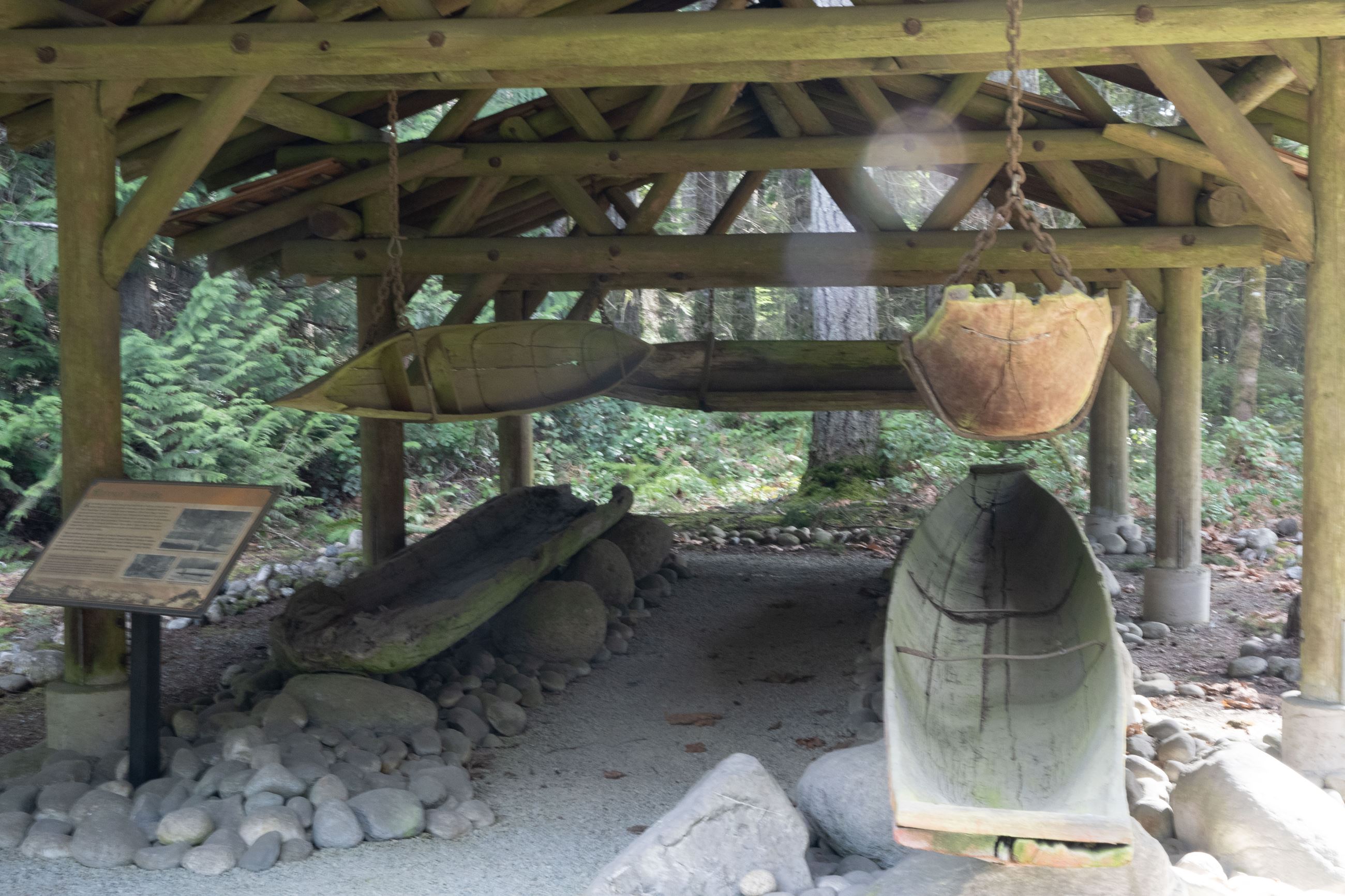 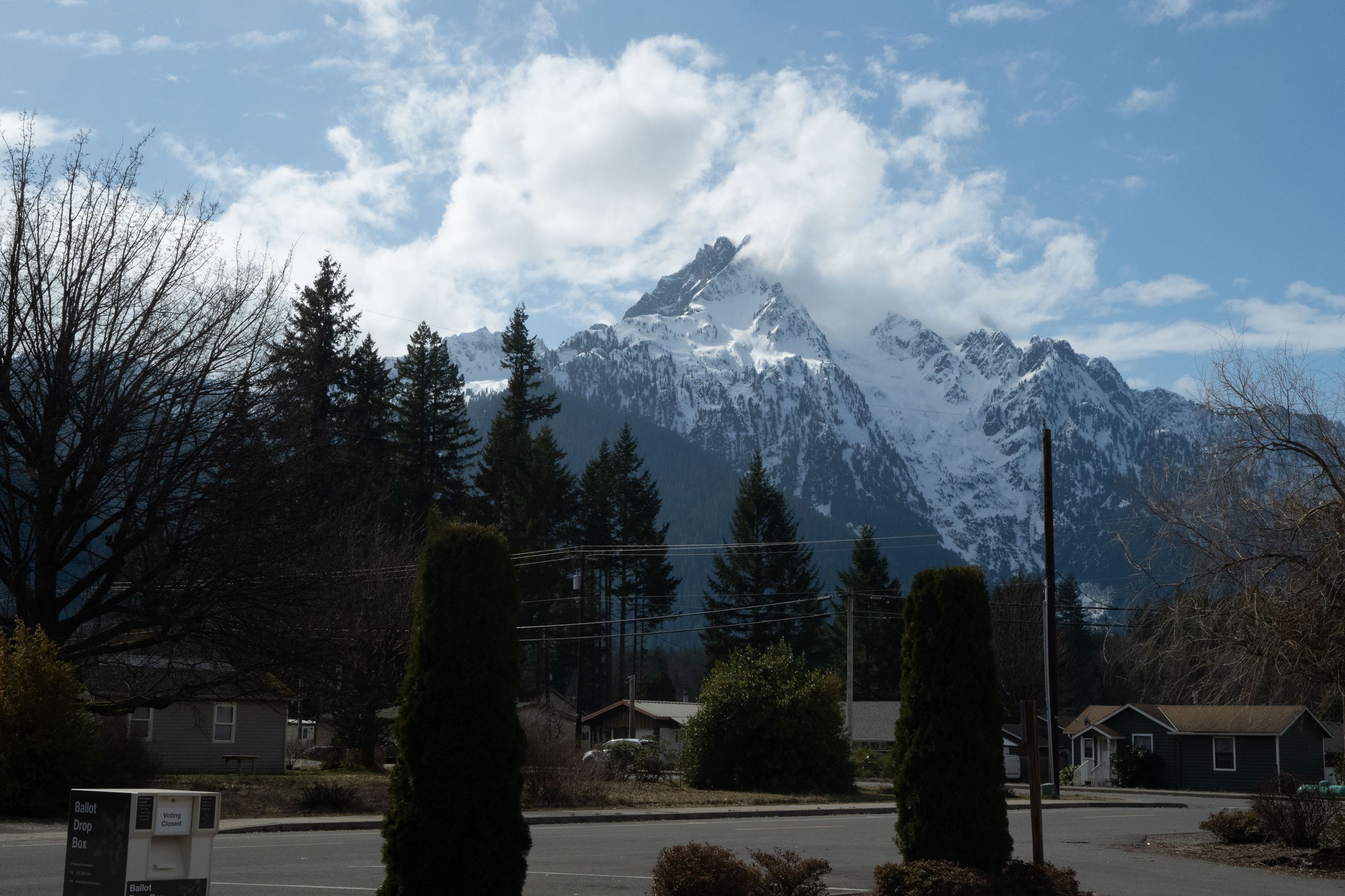 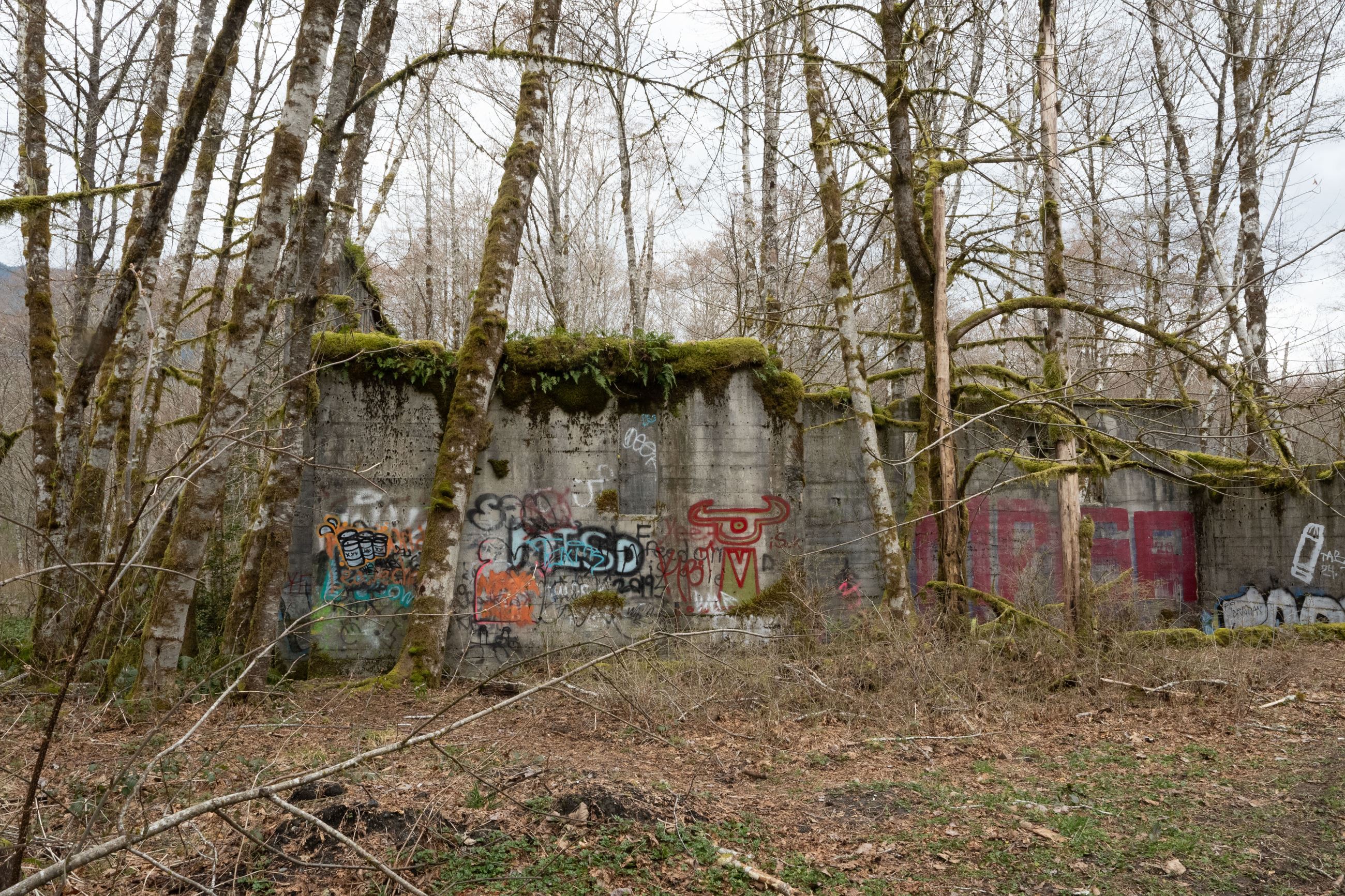 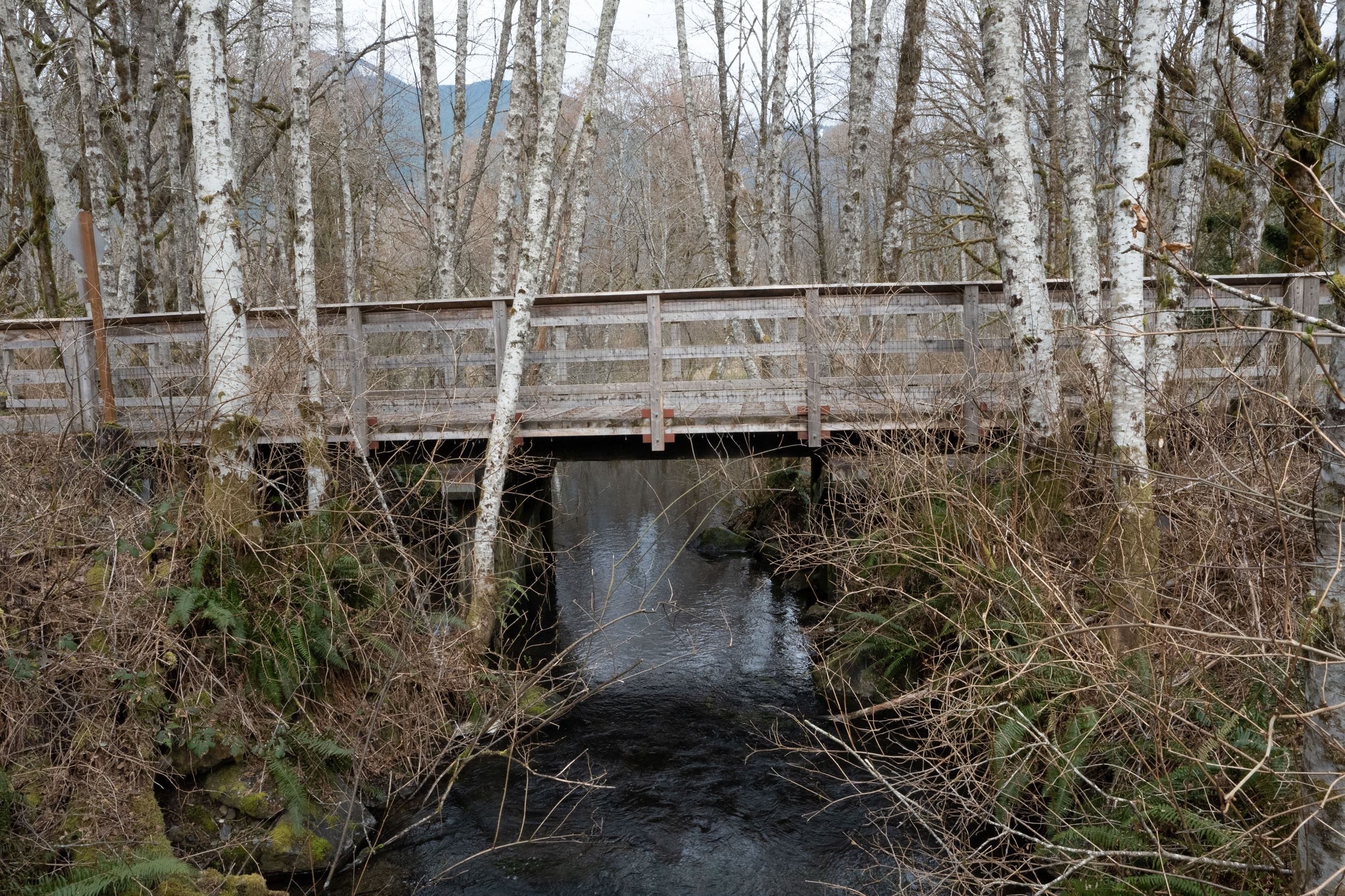 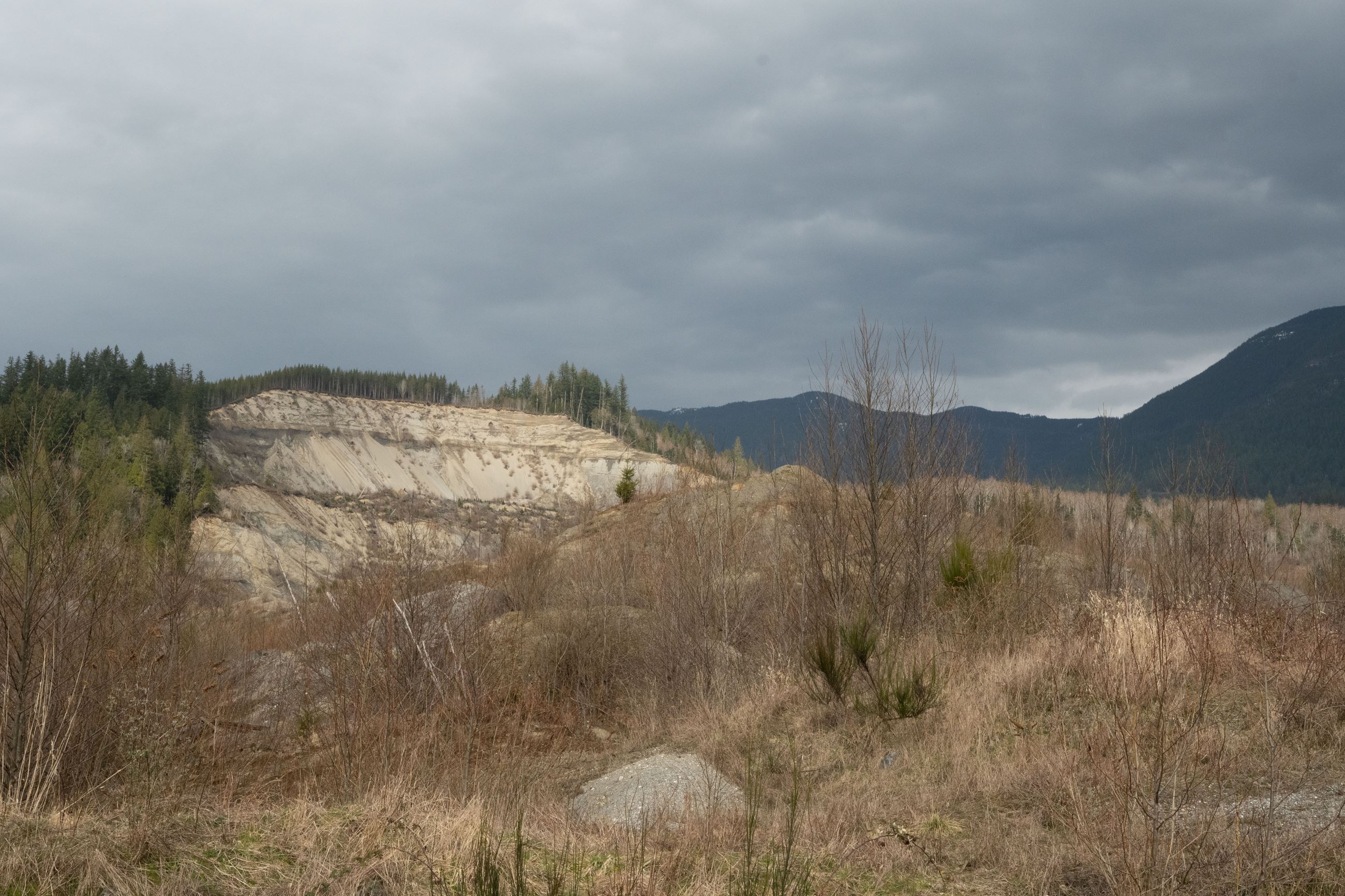 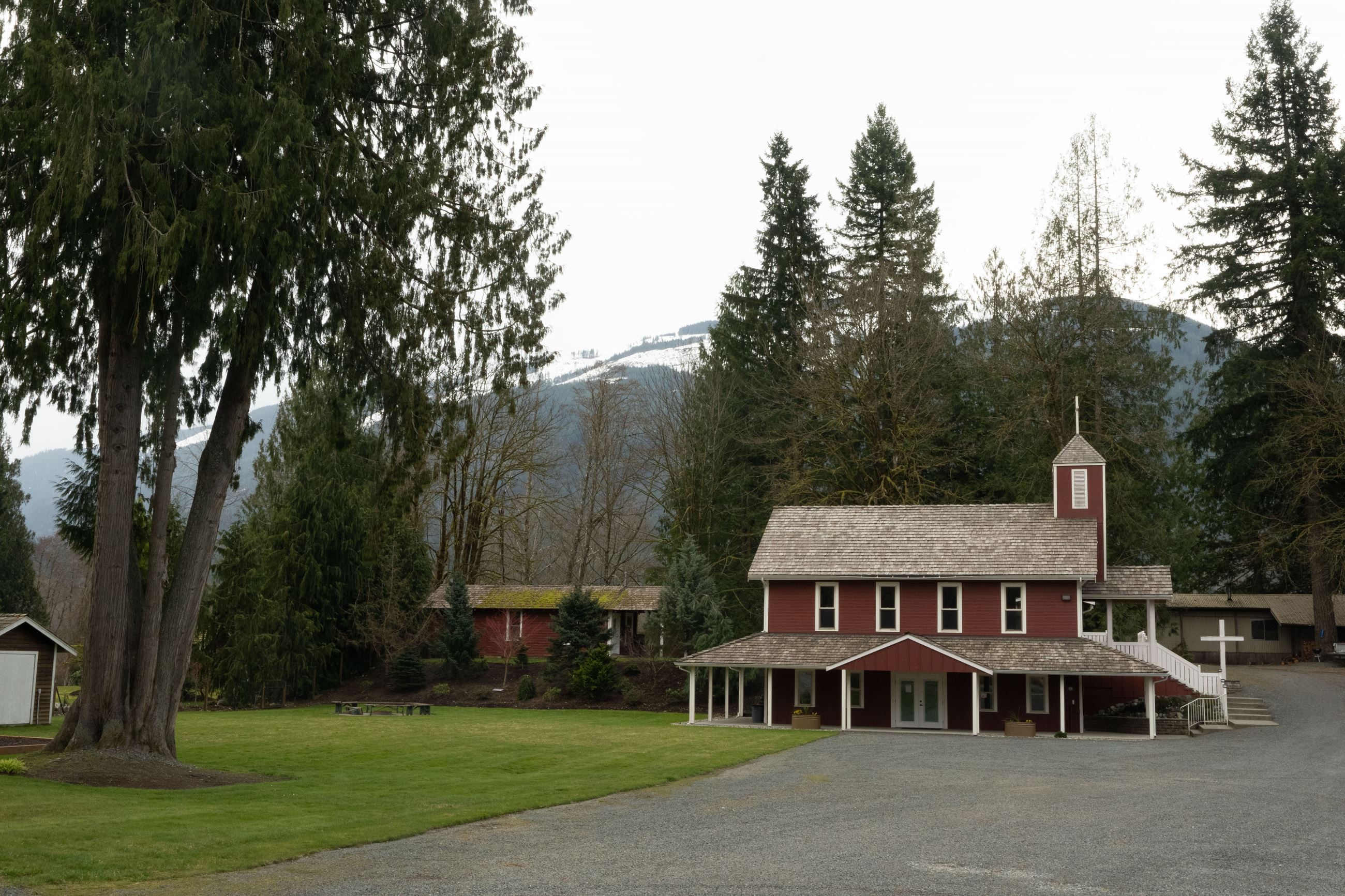 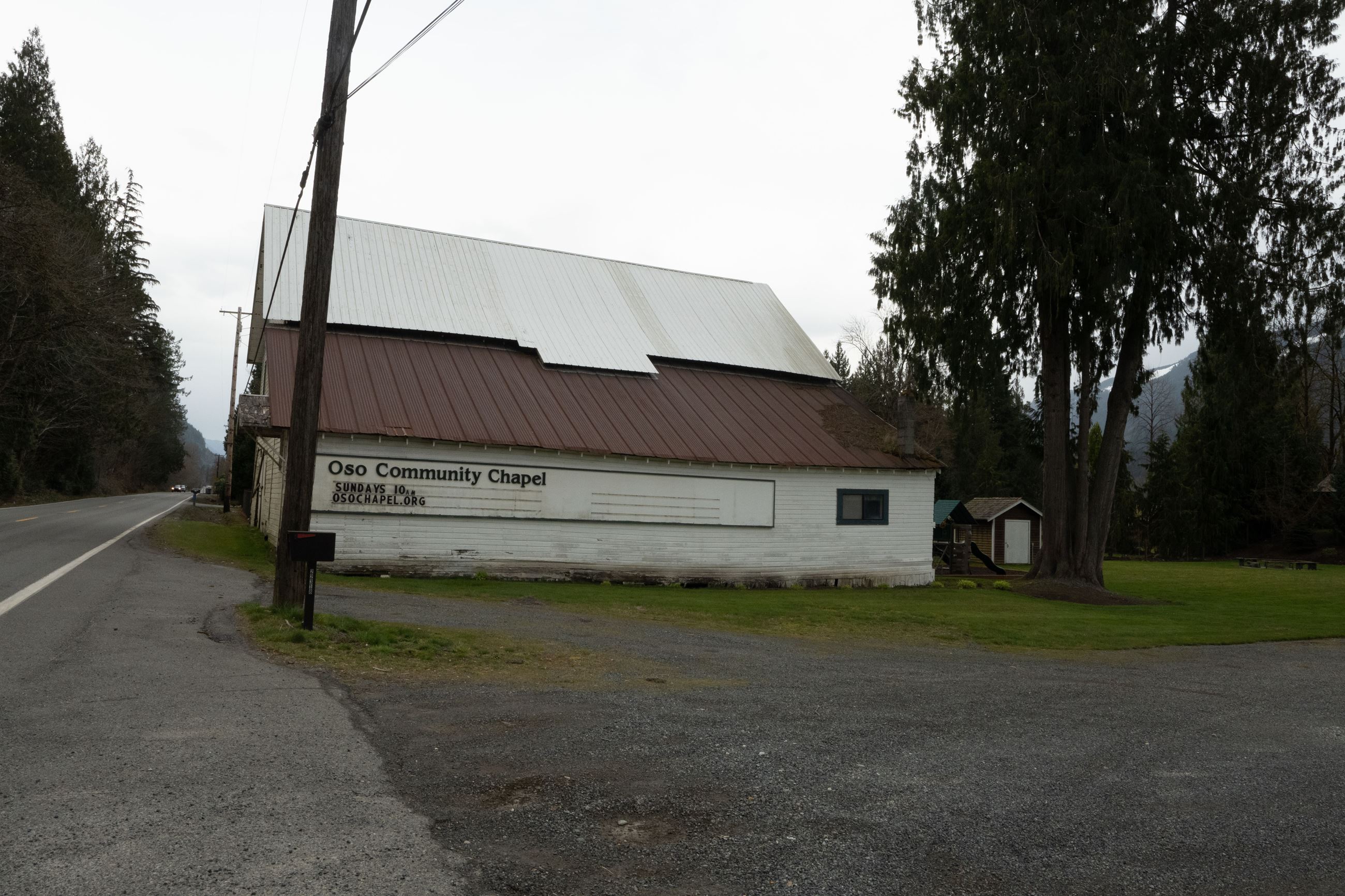 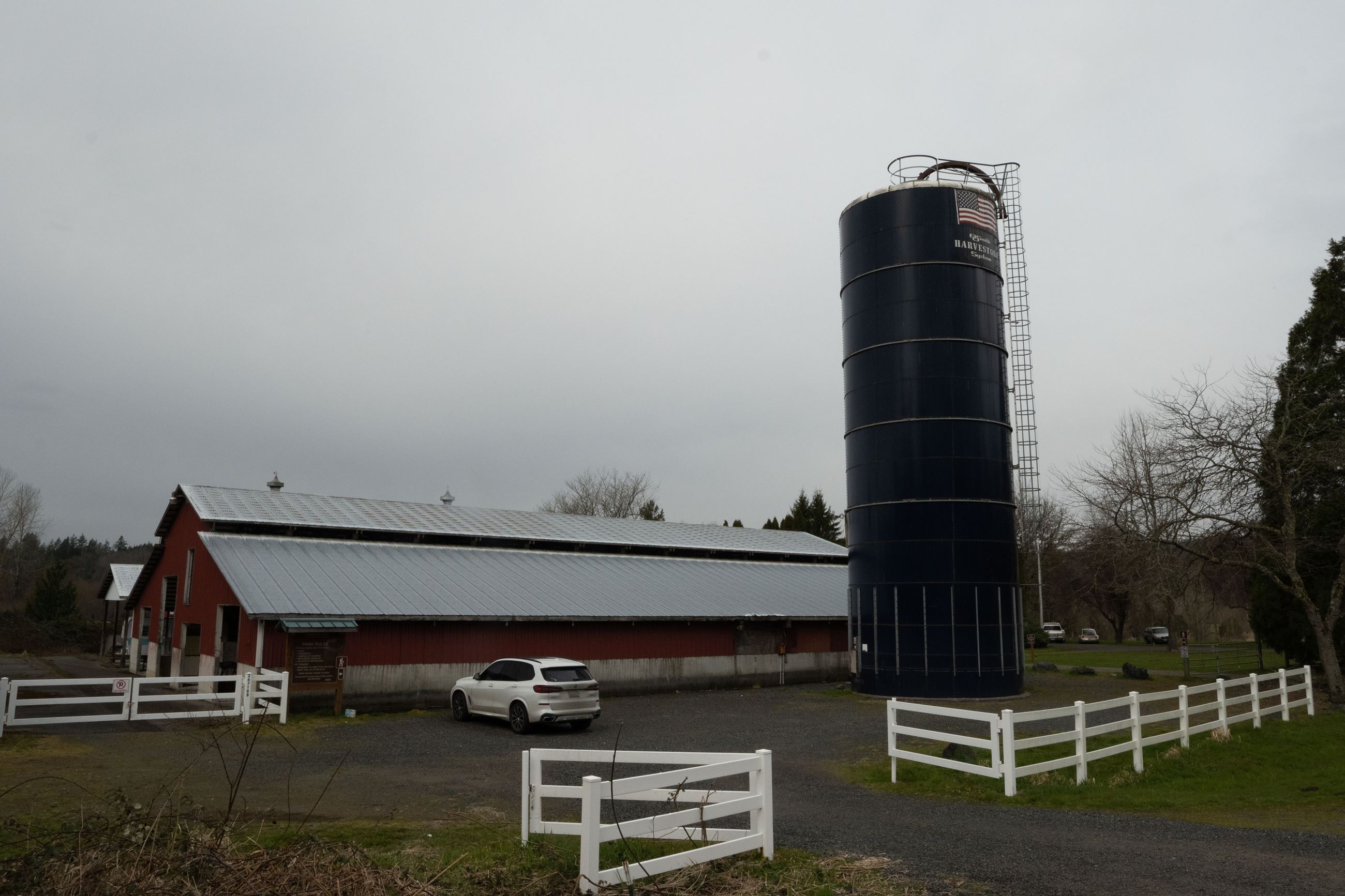 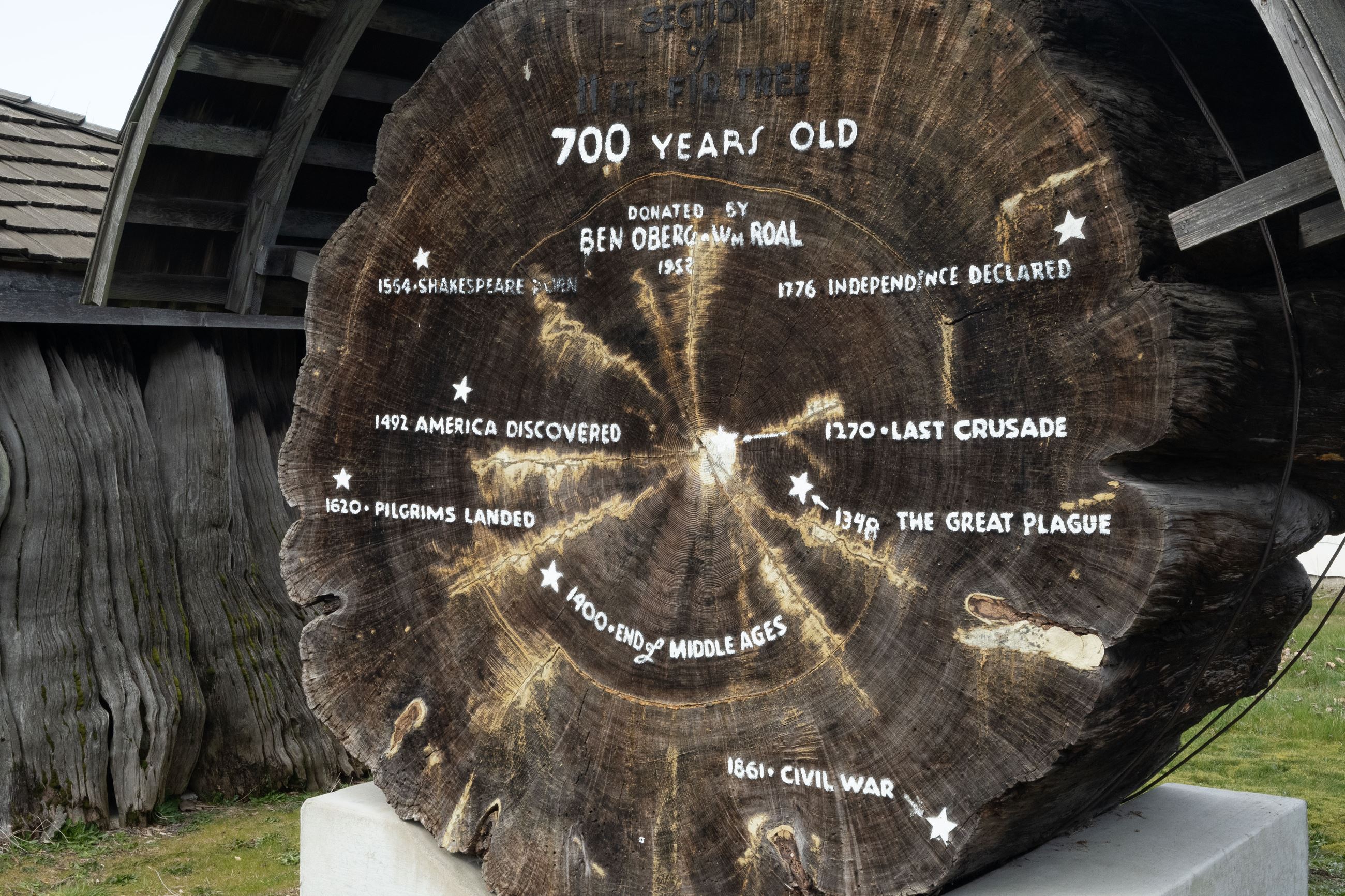